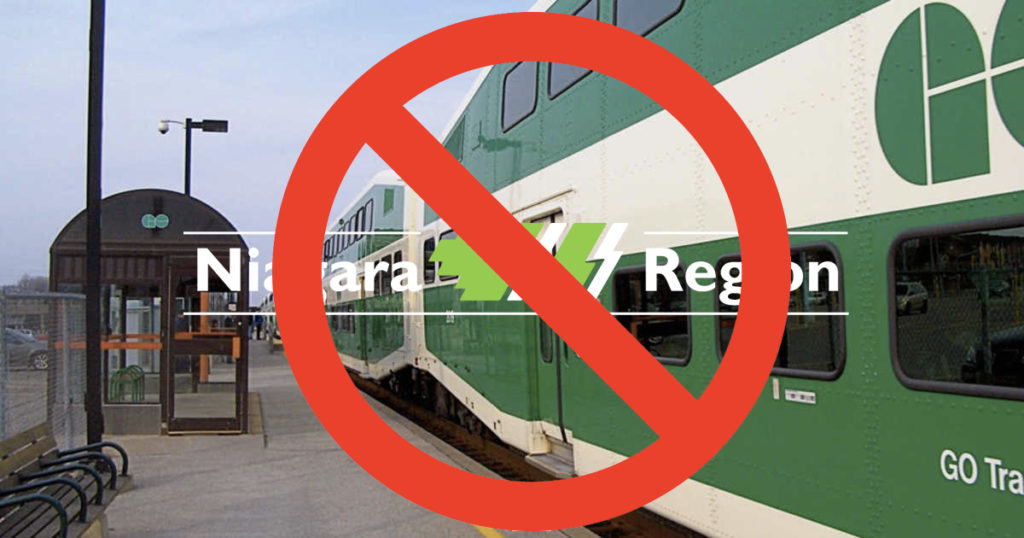 Well, what can we say… you read it here first way back in August when we stated that the promise of the GO Train into Niagara was going off the rails.

In an official announcement today by Jeff Yurek, Minister of Transportation he said that Metrolinx will begin assessing a “market driven approach” to transit with the new GO stations apparently first on the chopping block.

This means that the current process for GO into Niagara will be stopped. The Province and Metrolinx will try to entertain private-enterprise funding for projects, but with GO Transit through Niagara being far from a profitable venture, we can not see any companies ponying up to fund it.

It should be interesting what reasons developers and their planners turn to now, as the promise of the now-halted GO plan was a popular “planning justification” used for their projects.

You can read more in CKTB’s web piece here: http://www.iheartradio.ca/610cktb/news/local/breaking-go-sevice-on-hold-in-niagara-1.8590404