Be Heard: Retail Cannabis Shops in Grimsby… Yea or Nay? 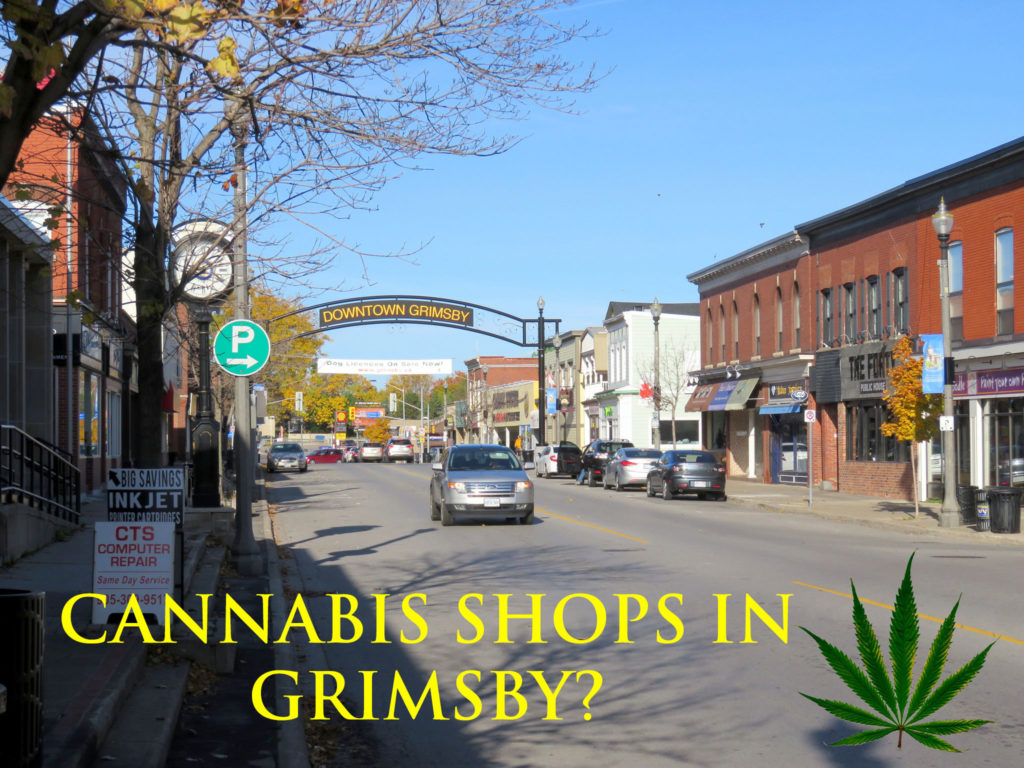 Queen’s Park has given municipalities the right to “opt-out” of allowing retail cannabis shops to legally open their doors within their borders.   With a Council decision required by January 22, 2019, the Town has began a public engagement strategy to weigh public opinion.

In addition to the “Open House” event on January 15, the Town has posted an informal survey to gauge residents opinion.  The plan is to incorporate the results into a staff report for Council’s consideration on the matter.

But what is a Town issue without a critical GCFRG eye on the matter… so lets begin, shall we?

Decision Will Not Affect Recreational Consumption

Whether the Town decides to opt-out or not, this has no impact on whether people can light up in Grimsby or grow recreational cannabis plants in their home.  An “opt-out” simply means that residents will have to order their cannabis online or “pick some up on the way home” in a neighbouring municipality that did not opt-out.

Not Opting-Out:  A One-Way Street

If Council decides to allow retail cannabis shops, they simply do not have to notify the Alcohol and Gaming Commission of Ontario (AGCO) and the Town is opted-in by default.  This is a final and irreversible decision, it can not be repealed.

On the contrary, if Council decides to opt-out then they can always opt-in at a later date when more information and implementation strategies can be looked at.

Seeing as we do not know how retail sales will affect immediate businesses (more on this further down) and the community at large, a “wait-and-see” approach by opting-out initially seems like the best course of action.  Residents can still light up, but they just will not be able to “buy local”, at least from a retail shop.

No Control On Retail Locations

If the Town decides not to opt-out it will have little control on where licensed shops can open up.  While the Province does require retail cannabis shops to be a 150m away from schools, that is the only restriction.  The Town can not dictate where or where not these shops can go.

Where there is people, these is opportunity for retail… this means that if 10 shops decide to open up downtown on Main Street, they are free to do so.

If the Town does not opt-out and the Province later decides to place more restrictions or give municipalities more control over locations (as has been suggested), shops open in areas that are less desirable to the community would likely be grandfathered and able to stay put.

This is another reason why a “wait-and-see” strategy offers an advantage.

While the Town would receive some additional funding through grants and a very small cut of the excise-tax on retail sales if they do not opt-out, there is no guarantees on monetary value.

Even if a large portion of the “transition money” was dedicated to our strained By-Law Enforcement, there is still no clear framework as to what powers should be exercised in that regard to this new form of retail.

Again, opting-out with a “wait-and-see” approach would allow the Town to learn from the best practices and mistakes made in other municipalities.  Best decisions are based on reliable and repeatable information and data.  If the Town decides to opt-out initially and opt-in later then it has the benefit of this information.

The online “survey” setup by the Town is very interesting and definitely should not be given much weight, let alone appear in a staff report based on it’s current form.

Why is that you say?  First off, there is no restriction to the number of times someone can take the survey.  While it may record IP addresses, unless they go through and sift through the results by IP there is nothing preventing people on either side of the argument from salting the results to their liking by taking the survey over and over again.

Even if IP addresses are being recorded, someone with $20 and the ability to find an overseas freelancer could put in any number of “survey results” from unique IP addresses with an automated script, or in more colloquial terms a “bot”.  There is no “captcha” to prevent bots or other spamming of the survey.

If this site can protect it’s forms from bots, there is no excuse for the Town not doing the same, especially if it intends to include results in an official Town document.  Like this site, Town Staff might wish to consider ReCaptcha from Google:  https://www.google.com/recaptcha/intro/v3.html

The Town Poll:  The Thumb On The (Cannabis) Scale

Having filled the survey out a couple of times (see above), it could not go unnoticed that the questions  as written by Town Staff beg users to choose to “opt-in”.

First and foremost, the simplistic question being asked of municipalities is “Are you opting-out of retail cannabis sales, yes or no?”.  Queens Park is asking municipalities if they wish to opt-out, but the survey obfuscates that binary question by using the terms of “opt-in” or “opt-out”.   Changing the language of the question no doubt affects reader perception, human nature dictates that we usually want to be “in” something rather than “out” of it.

Next, rather than having a listing of facts with a single question on the matter, the essential question is presented in a repetitive manner… with the same question asked 4 times in a row, in a “are you sure?  are you really sure?” ad nauseam fashion.  If you repeat something enough, people will buy your angle.

Rather than a single objective question, the “survey” seems to try and convince the reader to eventually change their mind, even using the oldest trick in the book, dangling the money “carrot-on-a-stick” as the last piece of information for someone to ponder.  As an aside, lets just say there is no guaranteed tax windfall to be had by allowing retail cannabis sales.

Another glaring omission from this survey is the opportunity for feedback, either in the survey or a separate comment form   If you are trying to gauge community sentiment, a simple box where someone can type in their comments, whether for or against is a great way to collect public input and rationale for their opinion.  No comment box or dedicated comment form seems like a great way to stifle public opinion.

Conclusion:  Rolling It All Together

Council has a big decision to make at the January 21st Council Meeting, but the engagement strategy put forth by Town Staff definitely needs work.  Having examined other municipalities webpages on this matter, the Town’s page and survey appear to be an attempt to “wag the dog”.

There are pros and cons to both sides of the argument, but it is this author’s opinion that the Town should opt-out (for now).  Council, the Town and the public can learn from the trials and tribulations of what other communities experience with retail cannabis sales, possible changes to the law and reconsider the matter at a later date.  It is better to make an informed decision down the road, than render a decision which sails into uncharted waters with no map.

And finally since you made it all the way down here, you can check out the Town’s community engagement and survey page:  https://www.grimsby.ca/en/town-hall/cannabis-retail-stores-in-grimsby.aspx